I am a native of New Orleans, the descendant of Sicilian and French immigrant pasta makers. Much of my education comes from working in the family business, a spaghetti factory in the lower French Quarter, one of the last vestiges of a time when that part of town was considered Little Palermo. I was lucky to have grown up in a family that did for themselves, built the things in our lives, partly out of necessity but also because that’s just the way things were done. I learned a lot at an early age about how things are made and why it matters.

Formally schooled by the Jesuits, with an affinity for mathematics, I could have taken a number of paths in life, but for whatever reason, at an early age I became enamored with the beauty of geometry and how it applies to form. There’s something about the rhythm of line that captured my imagination. That rhythm shows itself in a sculpture gallery, the flow of automotive lines and the form of guitars: yet it all comes from the same place in our collective imagination. Despite the wise pleadings of my mother to pursue more lucrative professions, I chose to forge a path in the creative world, focusing mainly on sculpture.

Under such a broad heading, I have shaped foam and fiberglass for amusement parks and movie sets, made dozens of pieces of furniture, built industrial prototypes and more architectural ornamentation than I care to remember. I have cast bronze in memorial to the fallen and have carved marble in the hills of Tuscany. To me, it’s all the same: form is just something I understand intuitively. There is a point in the evolution of a craftsman where one comes to trust your hands and your understanding of material science enough to venture into new territory, so in the mid 1990’s I began building guitars. The making of musical instruments feeds that part of me that seeks order in things. There is strict geometry that must be adhered to for everything to work properly, but there is definitely a place for common sense design and the sensual nature of form.

I play guitar every day for my own peace of mind. I understand the nuances of an instrument and how that affects our comfort level. I strive to build instruments that are timeless in their aesthetic, but more importantly to make it easier to play guitar. I want more people to enjoy the discovery that comes from playing music. If nothing else, I hope my work goes on to find the right hands and inspire more creativity in the world. 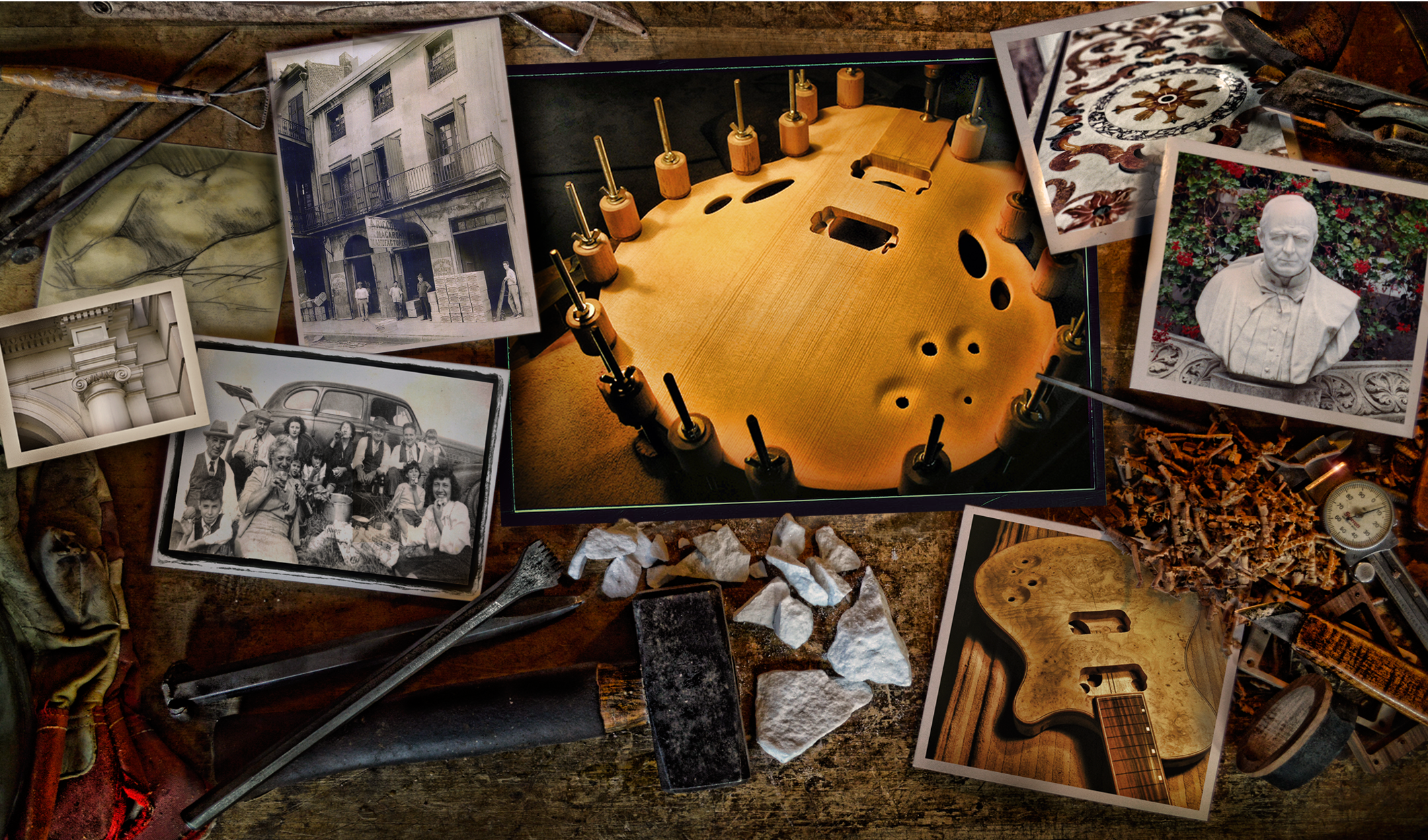